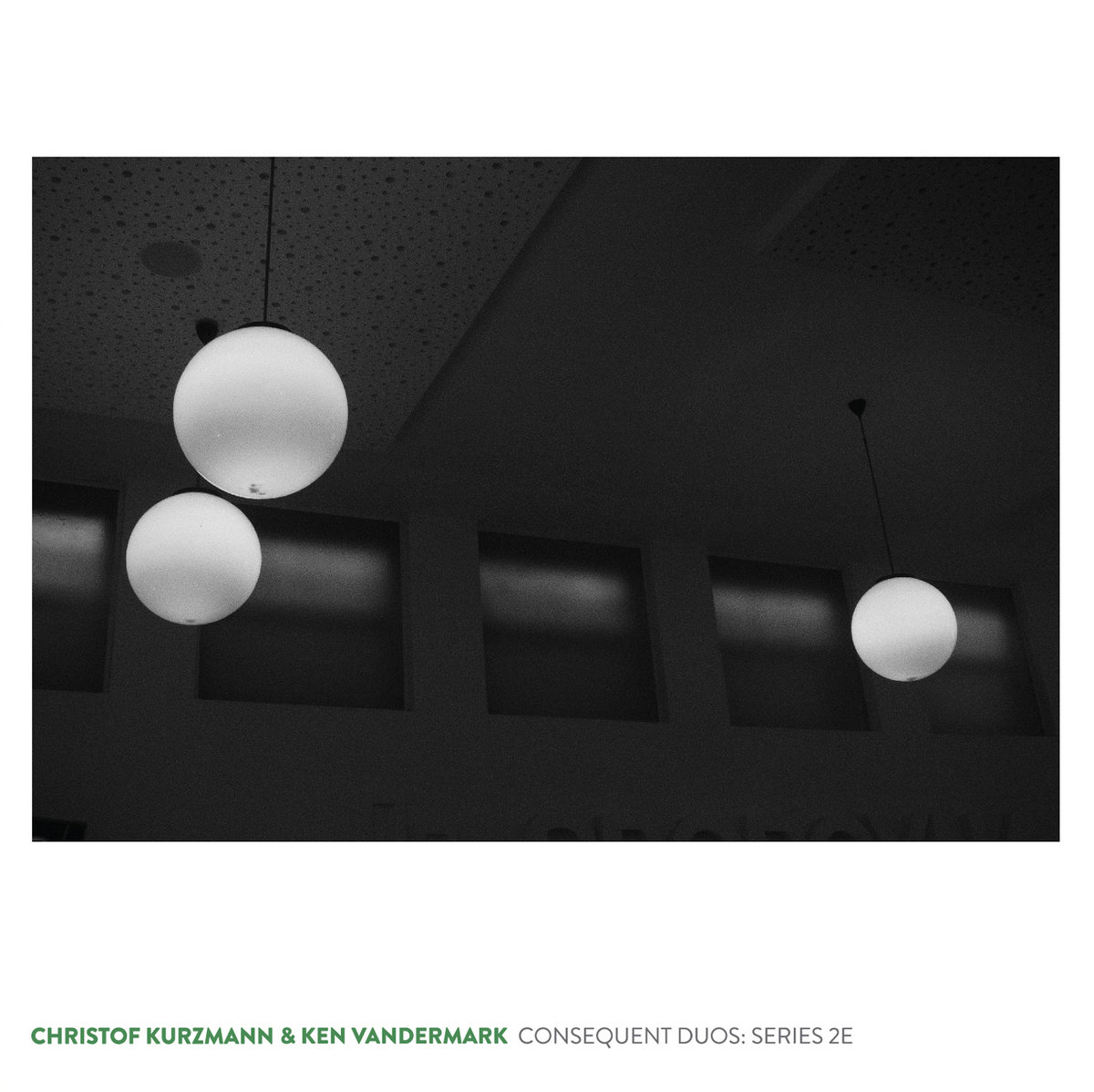 Audiographic Records presents volume five of “Consequent Duos: series 2” on its Systems vs. Artifacts digital album imprint- an incredible recording from Christof Kurzmann and Ken Vandermark from their performance at the Hideout in Chicago, from April 30, 2014.The collaboration between these two musicians goes back nearly a decade, in ensembles like El Infierno Musical (a tribute to Alejandra Pizarnik), Made To Break, and most recently Entr’acte. Despite the years of work, many recordings together, and a number of concerts in Argentina, Brazil, and Europe as a duo, they have only released one document of this material, which was part of the box set released by Not Two in 2014, “Nine Ways To Read A Bridge.”“Consequent Duos: series 2e//Christof Kurzmann & Ken Vandermark” (AGR/SvA-017) indicates a stunning musical interplay that’s been developed through years of concerts together. Though this sonic dialog is informed by their mutual performance history, there is no attempt to replicate their collaborative work in other bands. Often the music documented here doesn’t even sound as though it’s been created by a duo. Frequently it has the impact of a wide ranging series of concertos- with Vandermark’s contributions falling literally in the center of Kurzmann’s improvised and layered “orchestrations.”

All material on the Systems vs. Artifacts imprint is available through digital download, along with the option to self-print artwork and packaging designed by Fede Peñalva. This brand new SvA recording, “Consequent Duos: series 2e//Christof Kurzmann & Ken Vandermark,” can be purchased here, and a final album in this series will be released in two weeks.

Thanks to Christof Kurzmann; Sam Clapp and Fede Peñalva for their assistance at Audiographic Records; to Katie and Tim Tuten and the staff at the Hideout; and to the listeners.

Special thanks to Dave Zuchowski and Wendy.