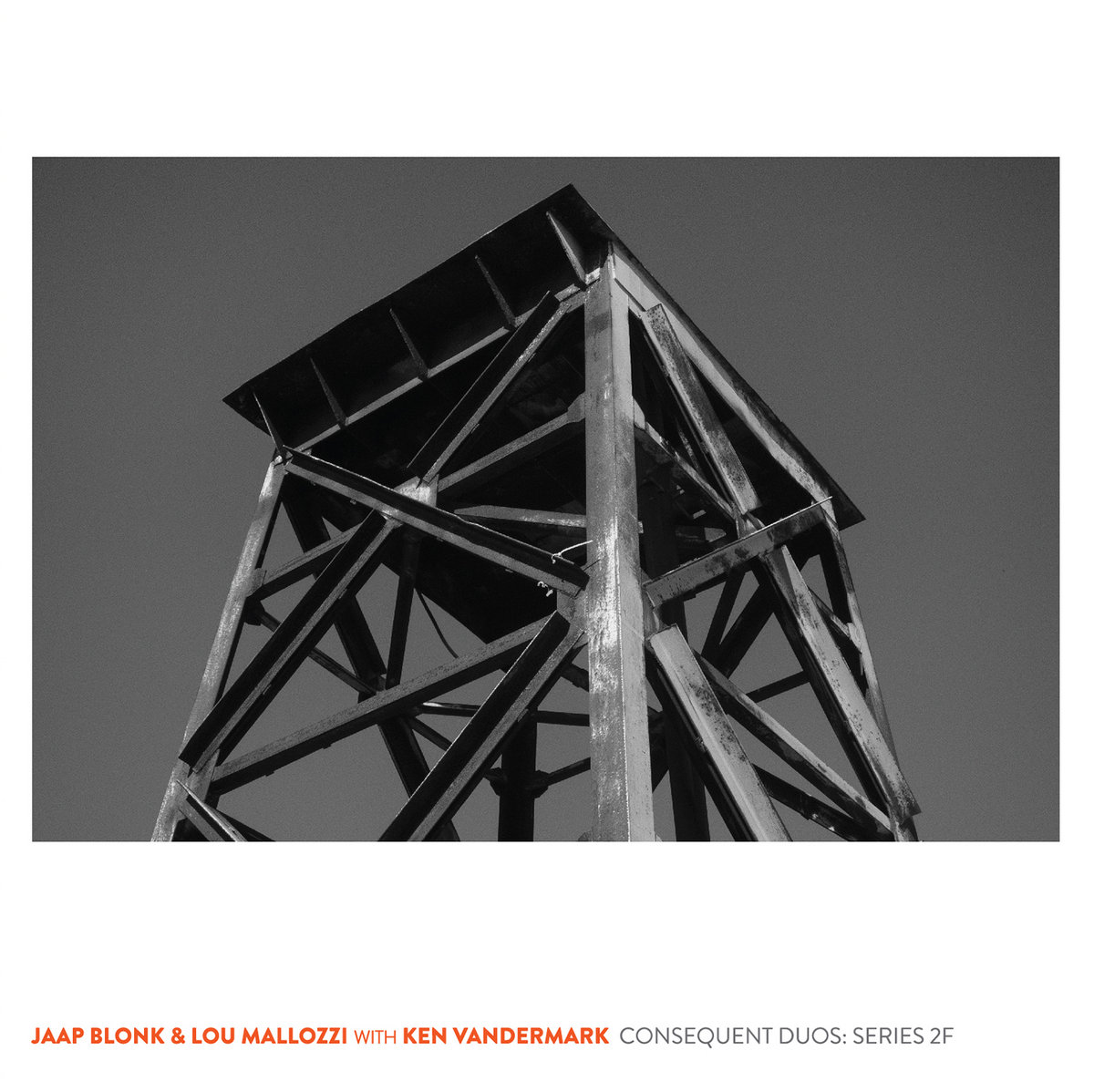 Audiographic Records is proud to present volume six of “Consequent Duos/series 2” on its Systems vs. Artifacts digital album imprint.  The final edition in this collection of music is a unique and remarkable document that presents two first time duo recordings: Ken Vandermark performing with Jaap Blonk (vocals) and Lou Mallozzi (turntables, CDs, microphones, mixer), taken from a concert at Elastic Arts in Chicago on November 21st of 2019.

The opportunities for Blonk and Vandermark to work together have been rare.  The most recent previous occasion took place at the Experimental Sound Studio Gala, held at Constellation in Chicago on July 2nd, 2016.  Even so, Jaap’s music has had a profound impact on Ken’s work, going back to his first encounter with “Flux de Bouche,” Blonk’s stunning solo album from 1993 (in fact, Jaap’s interpretation of Tristan Tzara’s “Brüllt” inspired Vandermark’s performance of a piece with the same name on his first solo recording, “Furniture Music,” from 2003).  Lou Mallozzi has worked with Ken on two of his large scale Momentum recording projects, “Monster Roster” and the soon to be released “Stammer (Triptych).”

The performances on “Consequent Duos: series 2f//Jaap Blonk & Lou Mallozzi, with Ken Vandermark” (AGR/SvA-018) come from a special concert organized by Lou that combined all three musicians in different configurations (Jaap will be releasing his duo with Lou, as well as the trio set that took place, on his label Kontrans later this autumn).  The electro-acoustic possibilities found in the material between Mallozzi and Vandermark spill into the purely acoustic world investigated in Ken’s set with Blonk- Vandermark’s use of extended techniques for clarinets and saxophones were pushed to the fore throughout this concert.  There’s no better way to conclude this series of duo recordings than with the conversational give and take presented between these artists.