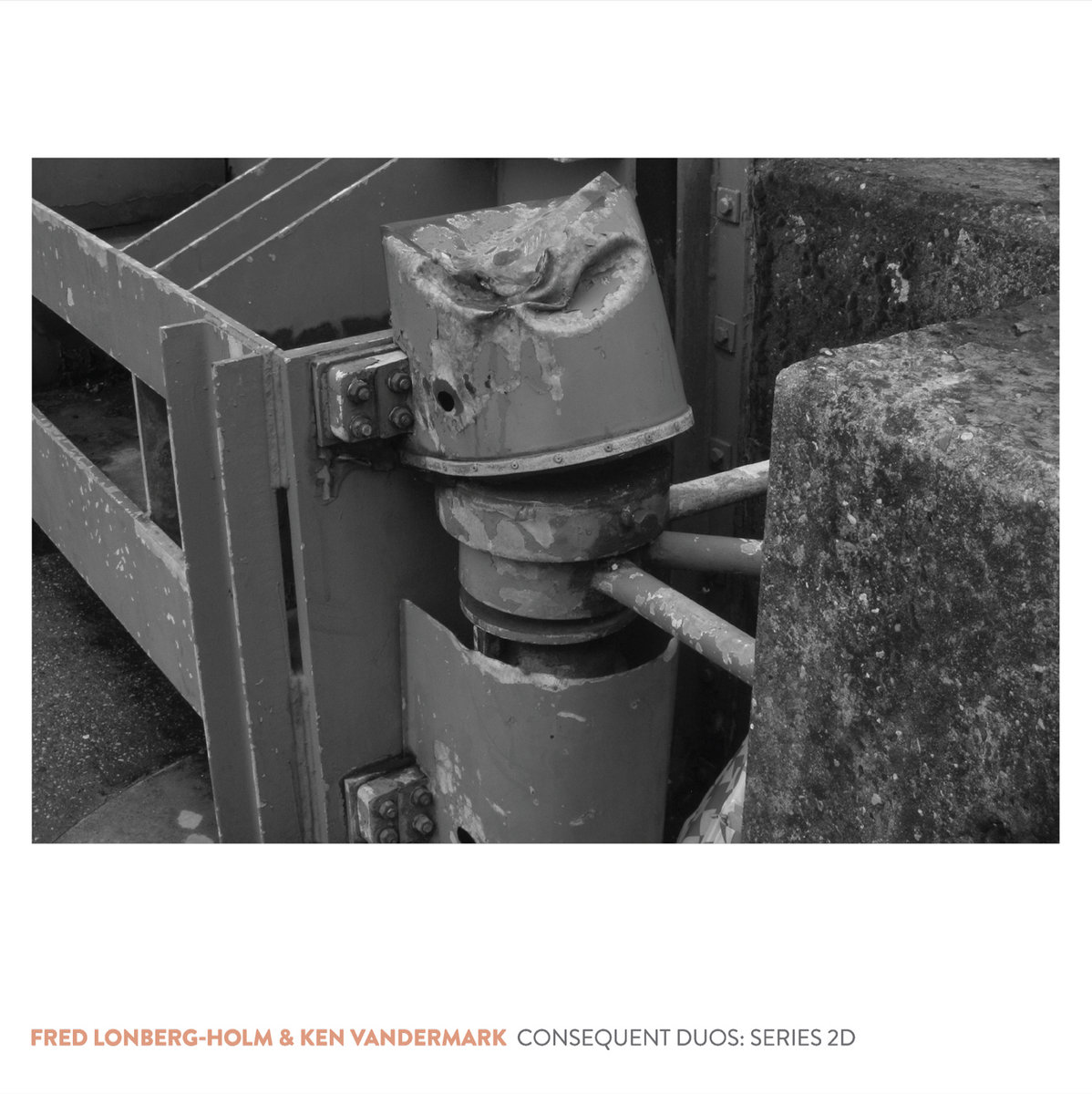 Since the mid 1990s, Lonberg-Holm (cello & tenor guitar) and Vandermark (reeds) have worked together in numerous ensembles, from the Peter Brötzmann Chicago Tentet to the Territory Band to the Vandermark 5.  They have released only one previous duo album during the last two decades, “Resistance,” on Bocian Records in 2015 (“As a duo, they are the definition of simpatico,” Mark Corroto, All About Jazz, May 25, 2015; 4 stars, Martin Schray, the Free Jazz Blog, August 19, 2015).  Recorded during the same period of activity that led to that album, from a performance on September 12th, 2013 at the Sugar Maple in Milwaukee, this new recording reveals a completely different set of improvisational concerns and makes a remarkable counterweight to their first duo release, with a range of intensities and instrumentation between the two musicians that is remarkable.