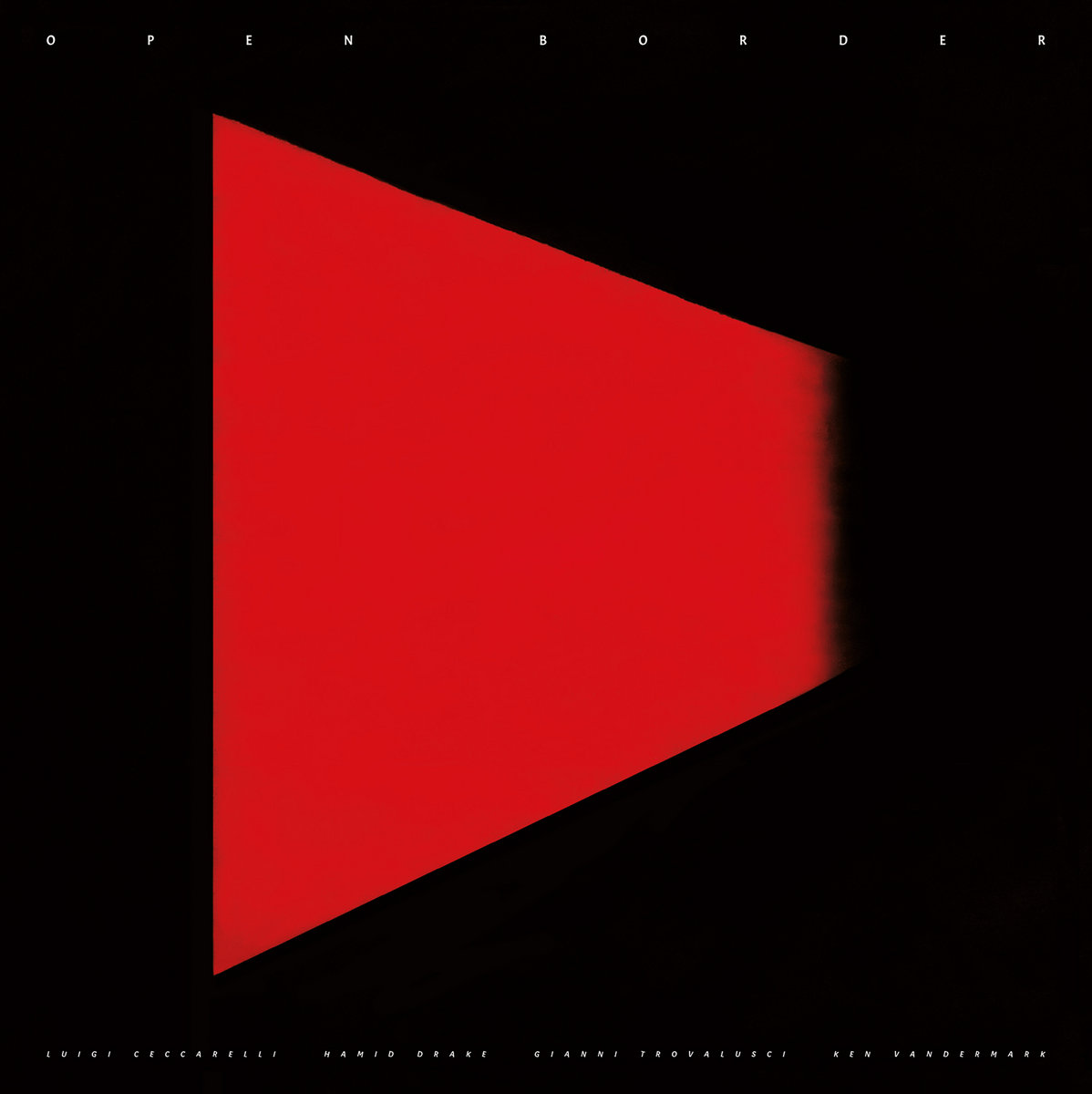 The music on Open Border defies musical conventions and boundary lines. Instead it focuses on a search for creative ground without categories. It is a recording of improvised music invented at the highest level, spontaneous and timeless, energized and austere, always exhilarating.

Luigi Ceccarelli: electronicsHamid Drake: drumsGianni Trovalusci: flutesKen Vandermark: reedsMusic recorded live in concert by Luigi Ceccarelli at Forlí Open Music, October 14th, 2018. Mastered by Bob Weston at Chicago Mastering Service.Thanks to to the musicians; Sam Clapp and Fede Peñalva for their assistance at Audiographic Records; and to the listeners.Special thanks to Ariele Monti and the Area Sismica crew.Design by Fede PeñalvaExecutive producers: Ariele Monti and Area Sismica, and Ken VandermarkProduced by Ken Vandermark for Audiographic Records

This first-time encounter was recorded during a concert at the magnificent Cathedral di Santa Croce, for the Forlì Open Music Festival on October 14th, 2018. The music performed has the impact of that magnificent space and, like the architecture, is both expansive and extreme. Configurations of the participants shift from passages of solo to quartet, and the improvisations move between pure texture and evolving melodicism.