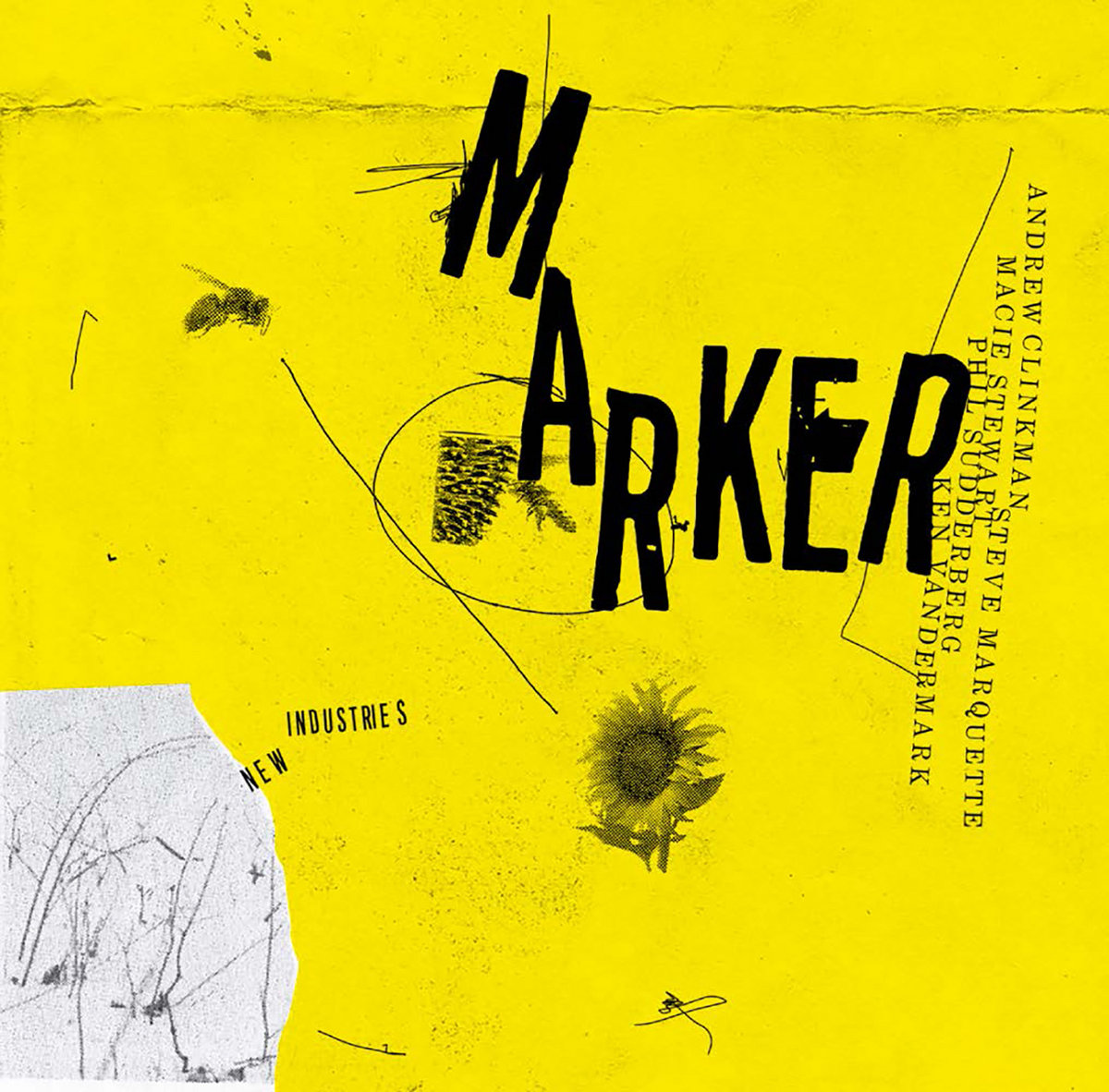 Their third album, New Industries, is a double CD comprised of studio and live versions of a dozen new compositions by Vandermark. The studio album was recorded in Chicago at Experimental Sound Studio on July 15th, 2018, directly after Marker's tour of the Midwest; the live album is a document made of their July 12th performance at Milwaukee's Sugar Maple. The combination of both recordings provides listeners an opportunity to hear the compositional strategies of the music truly come into play. Not only is the music improvised within individual pieces, the spontaneous narrative between each is altered by the way that these compositions are sequenced and layered. Marker's second book of material was inspired by an exploration of a wide range of music sources, including the work of composer Mauricio Kagel, the post-punk movement, albums such as DNA On DNA, D'Angelo and the Vanguard's Black Messiah, and Brazilian singer Elza Soares' The Woman At The End Of The World (A Mulher Do Fim Do Mundo). These investigations led to a series of exciting developments in the group's material: a broader scope of violin and keyboard timbres, the use of a bass amp for the keyboard adding low frequency power, a new way for the guitarists to perform live while keeping their stereo split intact. Also, to better illustrate the concepts of musical superimposition and open sequencing, some compositions had more than one possi